Is the Witchy Crone Born or Made? 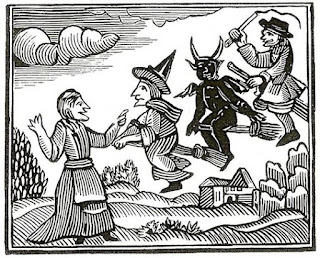 It’s Halloween.  The witching time of year.  The witch is a character, an archetype, and an epitaph. Starting in the middle ages as a healer, she later became associated with the devil; and either burned at the stake or hung, when identified. Women outliers were most often accused.  Single women, widows, and other women on the margins of society were especially targeted.

Over time, the witch became a universal archetype, closely associated with the crone. Both are portrayed as old and ugly.  Both are clever and, at times, cunning.  What distinguishes them is not magic-making or flying on broomsticks, but on the crone’s desire to serve as a mentor or guide for those who are found worthy.  These are the young heroes-in-training, usually, orphans lost in a world in which they have no value.  The line between the witch and the crone is rarely clear.

Yet a question remains.  Is the witch born or made? Is she the product of trauma, a wrong that remained un-righted, a solitary weakness in character, or was her fate destined?  It’s the back story we never hear of a witch woman we never truly know.  If that story was told perhaps our view of her would change.  Perhaps we would see her in a new light, a light of understanding and compassion.  And in doing so perhaps women today could also stop judging themselves against a single measure of perfection – the archetype of the princess.  The princess is the antithesis of the witch.  She is meek, well mannered, and beautiful.  She never is “too smart,” or “too gifted.”  She knows her place and only rarely moves beyond her assigned role.

The witch in folk tales, however, is no sissy.  Smart and skilled, she causes chaos, places curses, and sometimes eats small children for dinner. She is no one to be crossed.  Accordingly, many women today would do just about anything to avoid being called her name (or some variation thereof!).  But is the witch beyond redemption?  Is she always the evil antagonist or is there a reason for her madness?

The poem that follows is one of these backstories.  It’s the story of a woman who became a witch only after she lost her love.  Many years later, as an old, old, woman (perhaps even a crone), she crafts a spell to begin again.

I cast this spell in the darkest night; the moon is full, owl, and wolf share my plight.

The words I speak brand my heart, I set my intention and release the dark arts,

“Fillet of a fenny snake…”

for an incantation truly meant to find lost love and heal laments.

“In the caldron boil and bake…”

No visage reflects on my mirror shard, nor fortune fated on a Tarot card.

“Eye of Newt and toe of frog…”

My power lost, so freely given; in spurts and sputters, and without reason.

“Nose too long and hair too straight,” poisoned thoughts that suffocate.

Potions of hibiscus and rose hips fail against the sin of self-betrayal.

The raven gives its warning cry, as I mark a pentagram in the sky.

“For a charm of powerful trouble…”

My skill grew less, my anger rose, as I recalled my troubled woes.

No one can put me in my place, say I am less, or make me wait.

Send me to trial, or burn at stake, release me from this awful hate,

that strips my skill and leaves me bare, forget and forgive, not ensnare.

“Cool it with a baboon’s blood…” (And let me remember how to love.)

My power comes from deep within, this magick’s in my very skin.

“Then the charm is firm and good…”

Love is stronger than the night, it gives me strength, so I take flight.

Posted by wisecronecottage at 10/31/2020 10:37:00 PM
Email ThisBlogThis!Share to TwitterShare to FacebookShare to Pinterest
Labels: 2020, Witch