At the "Wise Crone Cottage" blog and podcast, I focus on stories from the oral tradition, both folktales and mythologies. It is my goal to share these stories so they won't be forgotten.  In support of this goal, I've started writing book reviews of new works on these topics. You can find them on "Goodreads" and "NetGalley."  They will also be posted here.

My Story Friend by Kalli Dakos
My rating: 5 of 5 stars

We all know about the storyteller. But did you know about the "story friend"? The story friend is the one who listens to our saddest and darkest stories. The story friend is patient enough to listen, and brave enough to face the cries and tears of others. This is the story of a young girl who seeks a story friend and finally finds one in an old woman. She hears the words of the child - the words the girl is unable to say to her family. She learned that when you tell your story to someone with an open heart, the stories become "softer like butter." And in doing so, the story tells us just what we need to do. This picture book has a message for all ages. It's a reminder that each of us hold dark stories inside. These could be healed, if only we share them with our story friend.

View all my reviews

Greek Mythology: The Gods, Goddesses, and Heroes Handbook:  From Aphrodite to Zeus, a Profile of Who's Who in Greek Mythology by Liv Albert (New York: Simon and Schuster, 2021).

Mythology explains of the beliefs of the ancients.  It answers the most important questions of life and death. How was the world created?  What is the role of humans in that creation?  Who are the gods?  What is our relationship to these gods?  Greek mythology was part of the oral tradition and only later written in stories, poetry and plays. Rather than providing a moral guide or code, the gods and goddesses of Greek mythology often teach us more about what not to do than what to do. These stories of heroes, thwarted love, pride and jealously continue to be referenced today in popular culture (from Harry Potter to Percy Jackson).  Truthfully, there are a plethora of books on Greek and Roman mythology.  What’s different about this one?

Think of this book as a Who’s Who of Greek Mythology. The book is organized by character: the Olympians, Deities (for example, Hercules or Prometheus), Heroes and Mortals.  The author, Liv Albert is a podcaster (“Let’s Talk about Myths, Baby!”).  She provides a contemporary take on these stories, explaining confusing issues, answering common questions and commenting on despicable behavior.  Each “bio” is divided into sections: “What’s his/her deal?”  “The story you need to know,” and “Now you know.” The book a fast way to unravel the story of these characters.  We all know that stories vary depending upon which version you hear.  Accordingly, the author references the reader to other versions of the same story as presented by different characters.  The book is illustrated by Sara Richards.  A short list of resources for further reading is provided but there are no direct references throughout.  This guide is best for teen readers or adults who just want a fast way to maneuver this world.

This is a hundred stories within one illustrated book. The stories change with each telling because it unfolds with the “reader.” On each page an element of a traditional fairy tale begins with a question. For example, what type of hero are you? Where is your destination? Which three items will you take with you? What danger will you face? You can tell a story, write a story, or imagine it instead. Each page is filled with fun and brightly colored objects, people, and places to select from. The story unfolds page by page as the reader make another choice to bring the story to life. It is a wonderful tool for parents who are running out of bedtime stories; and a powerful way to enhance creativity, imagination, and language skills in children. Highly recommended for anyone wishing to share story narrative and structure whether teacher, librarian, parent, storyteller, or child.

View all my reviews

This book is simply charming.  It’s as comfortable and enjoyable as a cup of cocoa on a snowy day. The story takes place in a fantasy tsarist Russia.  The tsarina is at war with the Republic of Birds, a magical race that once graced the land.  At least that is, before the firebird’s egg appeared.  The story tells of Olga’s hero’s journey, one filled with bravery and even a rescue.  It has many delightful references to Russian folklore and culture including maps and yagas, huts with chicken legs, and Russian ballet.  The characters are all well-defined.  This is especially true of the older women who instead of witches become wise (sometimes magical), and glorious crones. When the tale was finally over, this reader longed for a sequel to discover just what Olga did next! 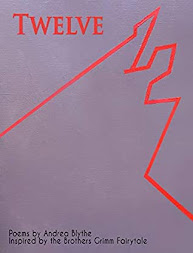 Blyth crafted her small book around the Grimm folktale of the “Twelve Dancing Princesses” (also known as “The Shoes that Were Danced to Pieces”).  It’s the tale of 12 sisters who sneak off at night to dance with the fairies. Each day they return with their shoes worn out.  The King imprisons them and proclaims that any man who can uncover the mystery can marry one of his daughters. If the suitor fails, then it’s off with the head!  The sisters drug the men so they can’t be followed. But a soldier (with help from an old woman) finally solves the puzzle.  The story ends with him marrying the older sister.

This is where Blyth’s prose poems pick up the tale. For each sister she creatively envisions her life after the bliss and intoxication of the otherworld.  She weaves stories of rage and guilt, addiction, and mayhem. Ultimately, it is the tale of women who experienced freedom only to be later confined as the property of men. (And yes, there is a feminist cast to her prose.)  I’m sure each reader will have a favorite sister with her over the top solution to living a life no longer of her own choosing.

Each story is filled with poetic ideas, and beautiful imagery. Each story answers the question of what happens after “happily ever after.” Best of all, Blyth includes “Author’s Notes” that discuss her thoughts on the folktale and how she came to her retelling. 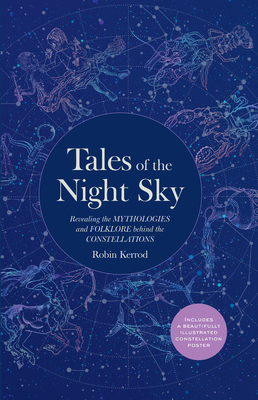 Tales of the Night Sky: Revealing the Mythologies and Folklore behind the Constellations by Robin Kerrod, (London: Quarto Pub., 2020), is a fun mix of science and folklore.  Filled with beautiful illustrations, this book also includes an 18” x 24” constellation wall map.  Each section discusses a specific element of cosmology – “The Universe,” “Patterns in the Sky,” “Around the Constellations,” and “Wandering Stars” (the ancient Greek term for planets).  Written for a young audience, each entry focuses on a specific constellation or planet discussing its history, science, mythology, and folklore (including astrological interpretations).  History and science from early thought (in which the sun rotates around the earth) to Copernicus is included; and ancient stories from Greek, Roman and Egyptian mythology provided.  All topics are addressed in a clear and simple format often on only a single page. For example, the entry on the Constellation of Cancer includes several stories from Greek mythology in which the crab fights with Hercules during his battle with a hydra.  It also provides early folklore on the “swarm of stars,” found on the center star, Praesepe, which is called the “beehive cluster.” Some entries also provide a brief astronomy discussion. The associated illustration shows the star chart and the ancient depiction of the Cancer constellation.  A glossary is included. For both teachers and storytellers, this book contains the perfect blend of science, history, and folklore to create an entertaining and educational story or introductory lesson plan.