Living the "Handmaid's Tale" - My Own Crone Story 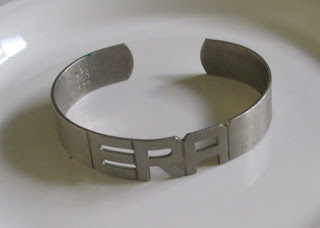 The blog usually shares a folktale or fantasy story about the wise crone.  This month is an exception.  In July I turn 70, so for once I’d like to share a part of my own crone story.

I grew up in the south in the 1950s.  My Momma didn’t work outside of home.  She always wore a dress and high heels whenever she left the house.  On Sundays, we went to church.  I wore a dress with crinoline, a hat, and gloves. Her name was Mrs. Charles rather than Mrs. Minna and that’s how she signed her checks.  Her own name had disappeared with marriage. That was how it was, and she followed along without a thought.

In 1970, I was 18 and started college.  I joined what was then known as a “consciousness raising” group.  It was hosted by a professor’s wife and held in their home.  I didn’t know what to expect.  We discussed the work of Betty Friedan, Germaine Greer, and Kate Millett.  I became a Second Wave Feminist, and I proudly used that name to define my beliefs and who I am. It’s a belief that women and men should have equal rights and opportunities.  It has nothing to do with hating men (no matter what the conservative media says).   At some point, the conversation in our group turned to abortion. At that time, women had no right to a legal abortion.  That didn’t mean abortions stopped, it just meant they went underground.  I heard horrific stories from women who had back-alley or foreign abortions.  Stories of how their uterus was perforated with a coat hanger.  Women who ended up in the hospital; some dying, others sterile.  I heard stories of abuse, of rape and incest. The women telling the stories cried.  As we listened, we cried too.

The patriarchy was strong at that time and women were seen as extensions to men rather than as autonomous.  They couldn’t make choices about their own body because they were ruled by their emotions.  The only beings truly rational were male. This practice began well before the Middle Ages when medieval law made women the chattel of their fathers, then brothers, and finally husbands. And so, it continued in this country. In 1981, federal law finally ended the legal subordination of a wife to her husband.

We began to march with many other women to the capital in Denver.  Marching for a women’s right to choose, but for much more.  We marched for women’s right to autonomy, independence, and respect. We marched for equal opportunity. We marched in the hope that one day we would be seen as more than Eve – fallen, weak, menstruating, and ruled by emotions. I wore an ERA (Equal Rights Amendment) bracelet on my wrist, hoping and praying that women would be added to the Constitution.  If passed, women would finally have equality under the law.  But that still has not happened. Even today, the United States is not among the world's top ten countries for gender parity.  We are number 30 out of the 154 countries (and if you are wondering, Iceland comes in first!).  But finally, in 1973, Roe v. Wade was decided and a woman’s right to autonomy over her own body was assured.

While I never had an abortion, I held the hands of young women who made that choice.  These were women too young to raise a child – single, alone and without the resources to do so.  These were married woman whose husbands refused to parent any child and gave them the ultimate ultimatum.   These were the women who didn’t have the income, didn’t have the support, the health care, the childcare to raise a child. Contrary to the way some portray it, these decisions were not capricious and not the result of irresponsible behavior.  Abortion was not used as “birth control.”

This is a moral decision but not one the state should be involved in making.  The moment in which a child is independent and viable of its mother is clear – birth.  Prior to that, we struggle with conflicting philosophy, theories, and precepts.  When does life occur?  Whose life predominates: the life that is here or the life that might be?  There is one person and only one person who should decide and that’s the mother.  She decides after consultation with her doctor, decides after consultation with her family and friends.  She does not need input from the U.S. Supreme Court, the church, or any other group unless she seeks it herself. She is not a child and should not be treated as one. Ruth Bader Ginsburg writes, "The decision whether or not to bear a child is central to a woman’s life, to her well-being and dignity. It is a decision she must make for herself. When the government controls that decision for her, she is being treated as less than a full adult human responsible for her own choices.”

For the U.S. Supreme Court to remove a fundamental right that women have had for over 50 years simply to pander to a conservative minority is obscene.  It has been 50 years since I marched.  My daughters and nieces must face it all again.  Our fight didn't matter. Sadly, it may be the start of our real life “Handmaid’s Tale.” So again I cry for what is and for what may be.

I am eternally grateful that my father, who was a feminist, believed I could do and be anything I wanted and that it was always only a woman’s right to choose.

Posted by wisecronecottage at 6/01/2022 05:27:00 PM
Email ThisBlogThis!Share to TwitterShare to FacebookShare to Pinterest
Labels: 2022