“The Legend of India Mariana” – An Argentinian Folktale 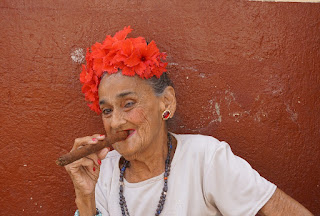 In this land, there once lived an old native woman. Some say she magically showed up the first day of summer and disappeared when the autumn leaves fell.  She was a scraggly, old crone, thin and haggard.  Her skin was wrinkled, tanned, and leathered from the sun.  Her hair was long and grey.  Her eyes black as coal.  The crone’s constant companion was her dog.  He was large and wild but completely devoted to the old woman.

She dressed in long flowing clothes, brightly patterned, but torn and tattered. Over her head and shoulders, she wrapped a “rebozo” (shawl).  Most days the old woman rested under the carob trees, right by the side of the road, smoking a big cigar.  They say these trees only bloomed when she was there.

Soon the children in the neighborhood surrounded her.   She was a gifted storyteller, and the children were always eager to hear her tales.  She told the old stories of her people. Sometimes they were filled with fantasy - foxes and armadillos. But the stories they loved the best, were her stories of adventure.  These were the legends of the Huarpe Indians and of their lives, heartaches, and triumphs. Perhaps some of these were tales from her own life.  We’ll never know for sure.  Sometimes she’d sing a song she learned long ago, perhaps she even howled at the moon. She never wasted her time with adults.  The children called her “abu” for they truly felt she was their grandmother.

The old woman made her living selling “golden nuggets” that she had gathered from the “Pocito” (the San Juan providence known as the “little pit”).  Spaniards, who had conquered the land, heard the gossip that this old woman had a pit of gold.  They thought if they followed her, she would lead them to it. One dark night, she made her way deep into the forest with the Spaniards tracking her every move. But instead of finding her gold mine, they came instead upon her wild dog.  His bright red eyes shone in the darkness, reflecting the light of their torches. The dog began to pant and growl and was soon chasing after the men.  The old woman cackled joyfully.

Sadly, that very night, there was an earthquake that filled many pits with rubble. What happened to her gold, we’ll never know.  Only one Spaniard was ever found. He was wild and crazed, rambling about a demon monster living in the forest.   His companions simply disappeared.

The people named the city “little pit” to honor the crone’s treasure, in the hope that someday, someone would find it again. But they never did. The old woman died with her secret within her.

This story has been memorialized in a local monument located in Pocito, Argentina. It depicts an old woman of indigenous origin telling stories to young children.  The children sit around her with rapt attention. So, while we see this crone depicted as a trickster, it is her role as the storyteller that is most important. Perhaps the significance of her telling would not have been important if I hadn’t discovered the history of this story. The old woman was part of the Huarpe Indian tribe - a people who were believed to be extinct in the 18th century.  The tribe was small- and overtime people moved and merged with others.  Perhaps they may even have succumbed to the plague brought over by the Spanish conquerors.  The ideas surrounding the tribes demise are many.

When your world is crumbling and dying, when your people are becoming extinct, what do you do? The crone shared her stories.  It is something women have always done. Tell the stories in the hope that it will right wrongs and make life better. Maria Tatar writes, “Curiosity, care, and philanthropy–that’s now my trio of attributes for describing the features of heroines from times past, women who paid attention to injustices, cared enough about them to right wrongs, and understood the value of being directed towards others. They engaged in a form of what Martin Hägglund calls secular faith, a belief system that recognizes the fragility of life and seeks to mend, repair, heal, and secure justice.”

This is the story of the crone. She smokes big cigars and shares the stories of her people.  These stories are filled with the history and culture she knows will soon be forgot.  She doesn’t waste her time with the adults.  They are less likely to hear and perhaps even less likely to care.  Instead she focuses on the children. It is a wise move because the stories she told kept the tribe alive long after their demise.

Today we live life on the razor's edge. Some believe we are moving toward our own extinction. There are still old women who refuse to be silent and who live their lives solely to share the stories – the stories that make a difference. May each of us tell the stories that give hope and strength for the days to come.

Posted by wisecronecottage at 10/17/2021 09:22:00 PM
Email ThisBlogThis!Share to TwitterShare to FacebookShare to Pinterest
Labels: 2021, Folktales