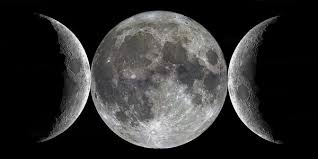 The triple goddess (otherwise known as the Maiden, Mother and Crone) is found in many different mythologies.  One of these is the “Celtic” tradition, a word used to define areas that developed with a similar type of language.  Much of what we now know as Celtic mythology came by way of the oral tradition, that is, the early bards and storytellers who kept the story alive.  The ancient Druids did not believe in writing down their wisdom.  They thought it was “safer” to be stored within the memory of their learned class.  So, it wasn’t until the Middle Ages that the early Christian scribes began to write these stories down.  Thank the goddess for that!  Since many years had passed and those who were recording saw these stories through a Christian lens, we’ll never know for sure what changes were made in the story line.  But, we do know from ancient artefacts that the goddess was part of the early Celtic world and that the triple goddess was part of that pantheon.

Miranda Green, an expert in Celtic mythology, discusses the triple goddess in her book The Gods of the Celts.  She writes that the triple mother (Tres Matres) goddess was the most common of all the Celtic deities.   From the images found in the ancient artefacts, it appears that these goddesses represented the maternal aspect of the goddess – fertility, nourishment, and prosperity.  There also appears to be single goddesses who had multiple personalities or attributes.

What seems to be the most important in the Celtic tradition, however, is the concept of triplism or the “triad.”  The element of three is found throughout Celtic story and literature.  From three different obstacles the hero must face to three wicked stepsisters; the element of three is found in the stories, proverbs and even the laws of this region.  So, it’s no wonder the triple goddess exists in this part of the world.  We could think of the three mothers as symbolic of the cycles of the year: spring, summer and winter, or as birth, life, death/rebirth.

There are many different examples of the Celtic triple goddess.  Claire Hamilton writes beautifully of these stories in her book, Maiden, Mother, Crone: Voices of the Goddess.  She identifies the Maiden as Brighid, Blodeuwedd, Boann and Sabrina. The Mother goddess to her is represented by Deirdre, Branwen, Brighid, Macha, and in two stories of Rhiannon (occurring years apart).  The Crone is found in the stories of The Morrigan, Medbh, Arianrhod, Ceridwen and Brighid the Crone.  You’ll notice Brighid appears to be the single goddess with three different aspects.  Sue Jennings, in her book Goddesses also identifies the goddess Morrigan and Shakti as having three aspects.

For today, my example will be from the great Welsh story, The Mabinogion.  There are many translation of this magical tale, but my favorite is by the Celtic scholar and storyteller Sioned Davies.  One of the things that is so special about these tales is the characterization of women.  These figures are much more independent and vocal than the women of the day.  When you read the stories, the women appear in many ways to be more like contemporary Western women  than living in the Middle Ages.  (Also, please note that these stories have many twists and turns and magical elements, making it a bit difficult to simply provide you with the essence of these characters as they embody the Maiden, Mother and Crone; but I’ll try nonetheless).

Nevertheless, let’s look at the primary Maiden character in these stories, Blodeuwedd.  Blodeuwedd was magically created by two sorcerers as the mate for Lleu, who was cursed from finding a human mate.  Blodeuwedd was made from flowers' blossoms and elements of the earth.  Naturally she was beautiful beyond compare.  In that way, she is similar to Persephone who was also beautiful with a love for flowers.  But whereas Persephone enters into the underworld, returning each year to the earth and her mother, Blodeuwedd takes a different and darker path.  She appears to be the embodiment of pheromones and once her husband leaves on a trip, she takes a lover.  Soon they are plotting ways to kill her husband.  Persephone, in contrast ultimately performs her duty as wife to Hades and becomes one of the few who can traverse this world and the other.  Psychologically we can view this as symbolic of the young woman maturing into adulthood. What happens to Blodeuwedd?  The plot to kill her husband is ultimately thwarted and her punishment is to be turned into an owl.  In this version, she is hated by the other birds and never able to see the light of day.  Perhaps this tale speaks of the beauty of youth and the danger of getting carried away with passion.

For the Mother goddess, there are two characters, Branwen and Rhiannon.  Both of these women lost their children (at least for a time). Both endured an unfair punishment and lost their ability to function autonomously in the world.  And both learned to accept their fate and to show compassion to those who wronged them.  Branwen’s life had a tragic end.  For the war that erupted, when her giant brother came to rescue her from her cruel husband, left many dead (including her son). She ultimately dies of grief.  Rhiannon (my personal favorite of all these characters) fares a better fate.  She endures many travesties but in the end is rescued by her second husband who is wise and reasoned (and he loves her more for her brains than her fading beauty!).

Hamilton categorizes the character of Arainrhod as the crone.  I would not make that distinction, for she moves through the story as the Maiden to the Mother. She does return from the tale to something, not quite the Maiden and not the Mother, but perhaps too young to be categorized yet as the Crone.  Maybe we could say she is in the process of becoming one.  Arainrhod was a sister with two despicable brothers.  One may have molested her, and the other raped her uncle’s “foot holder” (a virgin whose job was to hold the uncle’s feet on her lap).  [I know, really?]  But in the story the uncle was unable to function without the foot holder.  Now Arainrhod lives alone independently on her own island.  She comes to be the next virgin foot holder but was found to be with child (from her brother).  The rest of the story shows her brother trying to get her to acknowledge this child.  She struggles against doing so and uses her own intelligence and skill to maneuver through this land mind.  The story continues and Arainrhod returns to her island.  As found throughout the story, this mother also loses her power when she has a male child.  Once the child becomes independent of her, she regains her power.  At this point she enters into her own sense of self, wise and embracing her own skills, abilities and magic.  Yet, to me, a much better example of the crone as is the Celtic goddess Ceridwen (but that is a tale for another day).

Carl Jung believed that the female principle is found in the collective unconscious.  It is an archetype needed by both men and women.  In the Mabinogion we can see these archetypes in both their shadow and their light.  In doing so, we begin to become aware of how this archetype appears throughout our stories and myths, in our dreams and symbols, and in our art and rituals. She expresses for us the numinous and the wisdom that only can be found from one who can freely enter both this world and the Otherworld.  She sees with great clarity.  She speaks with total honesty.  Her actions are simple but meaningful.  She no longer buts-in when unwanted, she does only the essential. She watches and waits.  She is within each of us, waiting to awaken. 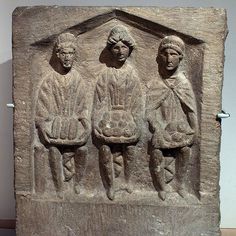 Posted by wisecronecottage at 8/21/2015 02:29:00 PM
Email ThisBlogThis!Share to TwitterShare to FacebookShare to Pinterest
Labels: 2015, Celtic, Mythology