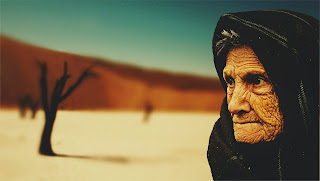 In the wonderful serendipitous way that things can happen in life, I found a song today. It's almost as good as finding a puppy, and in certain ways even better. The song captured my heart and opened it wide. As I was listening, I knew this was the theme song for the wise crone. It's the song of her acceptance with aging: a woman who understands herself and is grateful for the gifts of time. The song is written by a Minnesota Folk Singer, Peter Mayer. Just imagine, the wise old crone sitting in a rocking chair by the fire side. A child at her knee asks her a somewhat impertinent question, "Grandmother, why do you have all those wrinkles?" Smiling, she picks up her guitar (or in my imagination a dulcimer) and begins to sing this song to you.

"But what makes the gold," the child insists. "That easy, my darling. The gold that fills the cracks is the love we give to ourselves." the wise crone shares.
Posted by wisecronecottage at 3/15/2015 04:20:00 PM No comments:

Email ThisBlogThis!Share to TwitterShare to FacebookShare to Pinterest
Labels: 2015, Reflections on the Crone

Becoming the Elder and the Ancestor 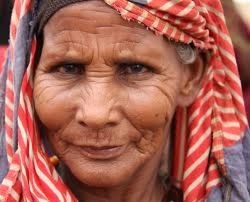 As we start identifying the archetypal realm, we begin to see evidence of its influence everywhere.  Although archetypes are commonly thought of as a single pattern or role, there is a rich complexity in how they may be expressed.  In uncovering the essence of the "Wise Crone" or the "Wise Old Woman" archetype, nuances appear.  There is no single pattern in play but a myriad of responses that make up her character.  To our ancestors, the character of the crone was known in all its inconsistencies.  It could be easily identified, understood, accepted and ultimately emulated.

Since the time of the Cold War, however, those in the Western world have become youth obsessed.  Perhaps this was the consequence of the death and destruction our culture needed to integrate after WWII.  A natural response was to deny what had occurred and place it far behind us. The reverence once held for our elders disappeared, as we shuffled them off to "old folks' homes" far away from our vision.  We became obsessed with looking young and being young and all evidence of aging was to be eradicated. Much was lost in this obsession.  A story that exemplifies this loss is  found in "The Story of One World: an Imagined Creation Myth."

In future weeks, we'll look at the archetypes of aging (the sage, elder or ancestor) and the many archetypes of the feminine to unravel the essence of the Wise Old Woman.  In the meantime, as James Hillman would say, "Awaken to the night."  Bring forth the character of the elder and our ancestors.  These are the ones who have engaged and met the fears of youth.  They have much to teach us all!  Enjoy his wisdom ("Psychologist James Hillman on the Legacy of Aging") found in this video [click here].


James M. Barrie understood the deep fear we have of aging when he created the character of Peter Pan (the boy who never grew up).

“All children, except one, grow up.  They soon know that they will grow up, and the way Wendy knew was this.  One day when she was two years old she was playing in a garden, and she plucked another flower and ran with it to her mother.  I suppose she must have looked rather delightful, for Mrs. Darling put her hand to her heart and cried, ‘Oh, why can’t you remain like this forever!’  This was all that passed between them on the subject, but henceforth Wendy knew that she must grow up.  You always know after you are two.  Two is the beginning of the end.” 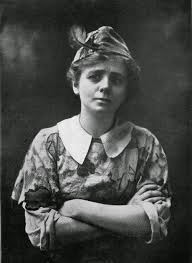 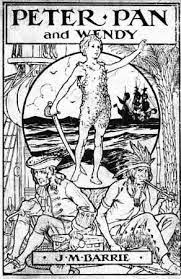